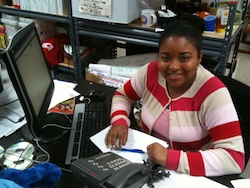 Here at SF YouthWorks we are proud to offer San Francisco high school students paid internships in city government departments. Yet for many young people internships are an unpaid opportunity with little legal rights.

This month The Atlantic features an article about the absence of laws to protect America’s large number of unpaid interns.  In his article Stephen Lurie explains:

Internships have expanded to become a rite of passage for young workers. But often, they are entry-level jobs that pay entry-level salaries of exactly zero. For a country with minimum wage laws and a general sense that equal work deserves equal pay, this strikes many—but not all—as scandalous.