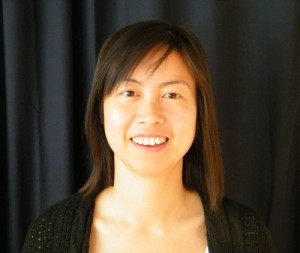 SF YouthWorks is happy to announce that Employment Coordinator Angela Tsang has joined our team. Angela was born in Hong Kong and raised in the Richmond District of San Francisco.  After graduating from George Washington High School, Angela moved to New York City to attend Barnard College and majored in Sociology with a minor in Political Science.

After several years on the East Coast and abroad, Angela returned to the Bay Area and quickly became involved in the non-profit community.  In the area of youth development, Angela helped to coordinate an intergenerational youth employment program in the South of Market at the International Institute of the Bay Area and taught summer school at a middle school through Breakthrough Collaborative in Miami, Florida.  In addition, Angela has also worked as a case manager at Compass Family Services for homeless and low-income families.
Passionate about empowering the lives of young adults, Angela is excited to link local students with meaningful internship opportunities in San Francisco city departments. She is eager to develop positive relationships with our youth and develop creative ways to educate them on important life and career skills.  Angela will be managing internships in the public library, police and fire departments, public defender’s office, and parks and recreation.