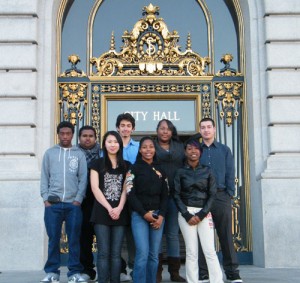 The YouthWorks program is primarily funded through contributions from over 20 city departments that generously allocate resources to enable youth to be placed in city government internships. These departmental contributions have supported wages for over 4,300 interns over the past 13 years.

Every spring, as departments are working on their budgets for the coming year, YouthWorks eagerly awaits news about these departmental contributions.  Over the past few years, city departments have faced significant cutbacks but have continued to commit funds to support the continuation of our program.  During the past year alone, we were able to place over 300 youth in paid internships throughout city government.

However, the outlook for San Francisco’s departmental budgets in 2011- 2012 is grim.  Much of YouthWorks’ funding comes from departments that are part of the city’s General Fund, and the Mayor’s Budget Director Greg Wagner has projected a deficit of $379.8 Million for these departments, leading to budget cuts as high as 20%.  Other departments that are not part of the General Fund are also anticipating deep cuts based on multiple factors including decreased revenues and the state’s fiscal crisis.

We are grateful to city departments for their investments in our program, which directly benefit San Francisco’s youth and future.  For the coming year, given record high levels of youth unemployment and economic need, these internships are more important than ever.  It is critical that departments continue to prioritize funding for these vital opportunities.