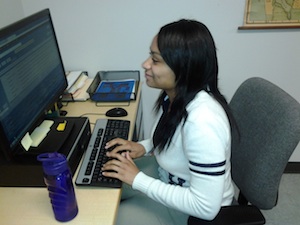 I have learned a great amount of information on the activist Ed Roberts and the history behind the Ed Roberts Campus at UC Berkeley. I have attended many meetings at City Hall involving various departments such as Public Works and Animal Care and Control. I have also attended meetings of the Mayor’s Disability Council where I heard commentary from the public. While in the office, I help with clerical duties such as filing and scanning documents.

A goal I have is to improve my skills and interactions with the public. As of now, I am working on an upcoming event where I will be presenting on learned material at the next Mayor’s Disability Council meeting at City Hall on July nineteenth bettering my public speaking skills. As a whole, I am enjoying my internship and how engaged in the department I have become.