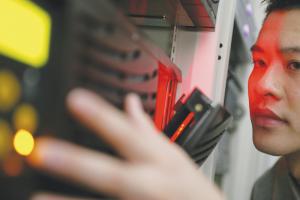 Calling it an unprecedented citywide effort, Mayor Ed Lee has asked The City’s department heads to create more summer youth employment positions, and he intends to turn to private businesses to do the same.

Lee met with department heads Thursday afternoon at City Hall and passionately discussed his vision for the creation of more summer jobs for youths, and he requested the officials draft specific job plans. He is expected to announce details soon about an aggressive summer youth job effort.

“As Mayor, I will be challenging the city’s private sector companies from many sectors — technology, health care, retail, construction, financial services, manufacturing, hospitality and more — to join city government and many nonprofit organizations in creating an unprecedented number of summer jobs and opportunities for San Francisco youth,” Lee said in a March 29 letter to department heads. “But first we in city government must step in and lead the way.”

The target age Lee is looking to employ is residents 14 to 24 years old.

The City currently offers jobs for youths throughout various governmental departments and through working with nonprofits. The Department of Children, Youth and Their Families says it secures summer employment for about 1,000 youths.

Lee highlighted the efforts of two programs currently working with The City — YouthWorks and Project Pull. YouthWorks plans to hire 200 high school kids as summer interns in various city departments, according to its website. Interns work 20 hours per week and are paid $10.24 per hour. Project Pull is another summer internship program that connects high school students with city worker mentors in the fields of architecture, business, engineering and sciences.

“Both of these programs currently partner with dozens of city departments and will be able to increase the numbers of youth they reach with additional financial support and willing mentors from city departments,” Lee said in the letter.

The effort is expected to build on Lee’s image as a job creator, one which he promoted during his election.