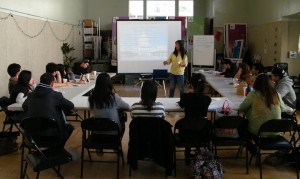 This year, Youthworks has added many new program aspects to further develop the interns’ understanding of their job site and City government. One of these projects is called the Departmental Research Project. The interns were asked to create a project as a mini-showcase of what their City department does.

During the last YouthWorks workshop, our interns had to present the final projects to each other. This was a very productive time for them to share their knowledge of what they have learned during their internship.  In each session, the projects covered a mixture of different city agencies such as the Public Library, the Public Defender, Park & Recreation Centers, and other City entities.

I was extremely happy to see the interns getting up in front of their peers without hesitation, which can be extremely difficult for many people of that age.  They had the opportunity to learn from one another in this project.  I think this was a very good idea for the interns to to further develop their knowledge of their own worksite and other worksites. 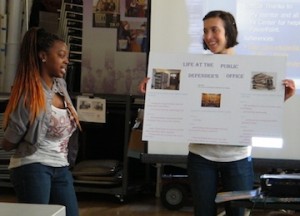